Lloyd Tronco has always described himself as a publicist, having worked with McCann Erickson for almost four years. Despite his obvious success, something bigger seemed to be calling him.

“I always wanted to pursue the arts,” says Tronco.

Perhaps being exposed to the family business his father Larry started in Bacolod instilled in him a sense of creativity. A contemporary of Cesar Legaspi, Arturo Luz and Jerry Navarro, Larry launched and ran a successful billboard operation, still hand-painted at the time.

But Lloyd’s lifelong dream has always been to become an architect. Sadly, his father passed away while Lloyd was in his first semester at the University of the Philippines in Diliman. As a result, Lloyd felt the need to return to Bacolod to help his mother run Tronco Advertising Co. and later enrolled at La Consolacion College, where he turned to fine art.

“I had decided to become an architect rather than an artist because I felt my dad was so big, and then I realized I couldn’t fill those shoes,” Tronco says. “The turn to art came when he passed away…the dream of architecture had to be abandoned out of necessity.” 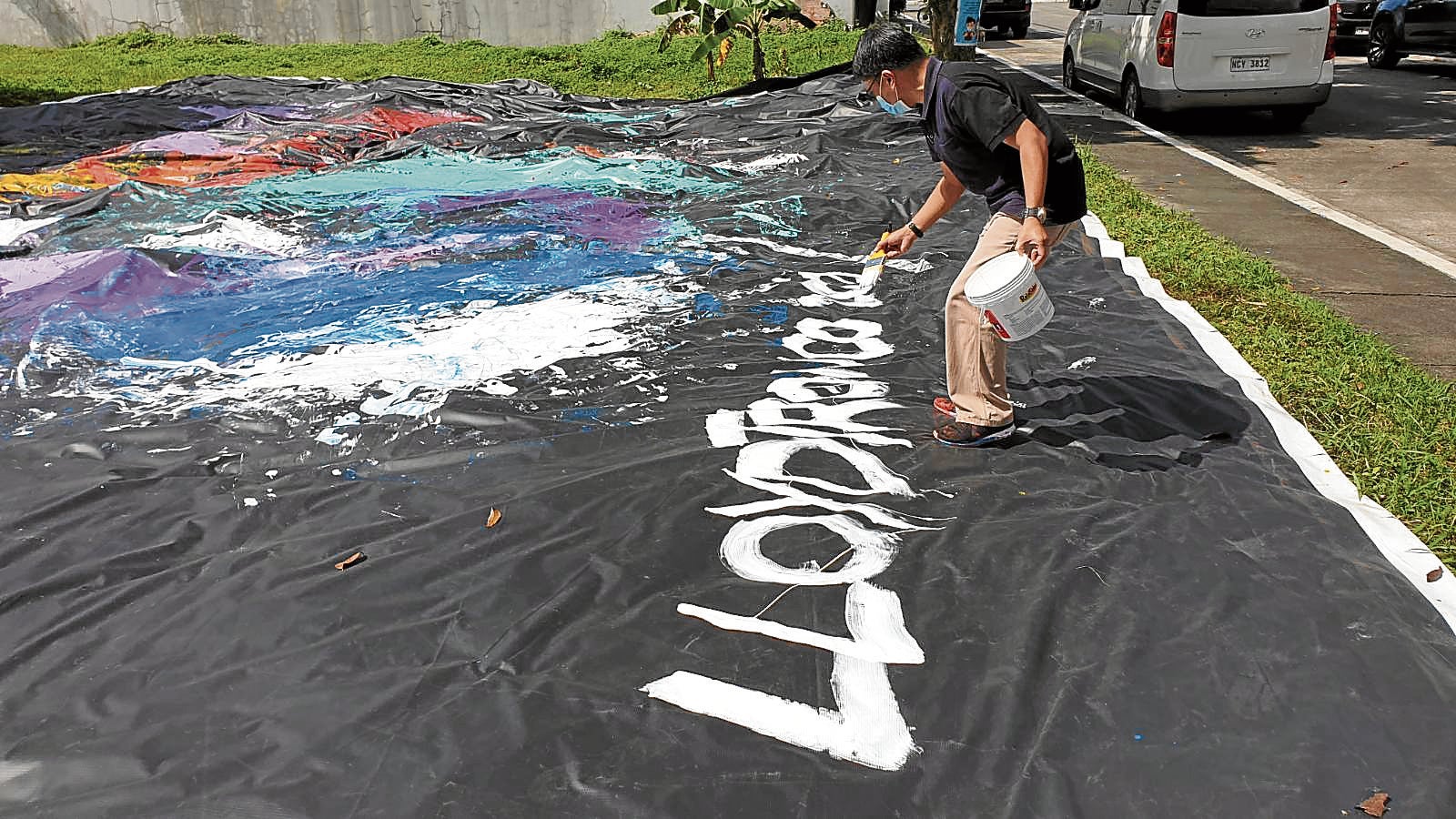 Running the family business came naturally to Tronco, but he found himself in Manila after being recommended by Jun Bartolome, a colleague of his father at J. Walter Thompson, to advertising giant McCann Erickson. The story goes that with the advent of tarpaulin printing in the 1990s, advertising agencies began to recognize billboards as a profitable medium beyond television, print and from the radio.

“Back then, ad agencies wouldn’t touch billboards because there was no money to be made,” Tronco says. “The monthly rent ranged from 8,000 to 10,000 pesos only, and an advertising agency normally earned 15%, so there was no sense in earning 1,500 pesos. But now it’s in the millions.

A large agency like McCann Erickson that had radio, television and print media experts needed a specialist for billboards.

“They called me while I was at Bacolod and asked me to join them as their outdoor advertising specialist from 2001 to 2005,” Tronco said.

After his time there, Tronco started his own business in Manila as a media broker for billboard advertising space where he continued to enjoy relative success. And yet, in the back of his mind, Tronco still felt the desire to paint.

Although he had solo art exhibitions in the past, Tronco felt somewhat limited by his office work, whether it was running their family business or working at an advertising agency. .

So when the stars finally aligned, Tronco, now married with two children, decided to leave his mark by recently unveiling the largest abstract work in the Philippines. Measuring 62 feet high and 40 feet wide, the painting can be seen where two Edsa revolutions occurred.

“Anything scale is not really difficult for me,” says Tronco. “I did a mural at Philippine Science High School that was used in our debut exercises, and I helped paint some bulletin boards in the garden. It’s just that everything fell into place, the space was vacant and there was a tarp of this size that I could use.

The work “Alab ng Sining” uses a black background with an explosion of colors mainly in various shades of blue, purple and red. Tronco bore all project costs out of its own pocket, including materials and space.

He adds that it’s his way of celebrating National Arts Month, so the timing couldn’t have been more fitting. The work is best seen on the south lane of the Edsa-Ortigas airlift.

The surface is 230 square meters, and to complete it, Tronco used 10 gallons of acrylic paint. With the help of four people, Tronco rolled out the vinyl liner in front of his home in Mandaluyong City. It took eight people to put together the acrylic-on-vinyl artwork and while the whole process took them a week, Tronco says the planning and logistical strategy took months.

And yes, the work is for sale.

“I partnered with the Kalipay Negrense Foundation to benefit from half of the sale of the artwork,” says Tronco.

Kalipay Negrense Foundation Inc. is a non-profit foundation working for the cause of disadvantaged children – the homeless, the abandoned, the neglected, the malnourished, the physically and sexually abused, the victims of child labor and trafficking and foundlings.

For Tronco, who seeks to explore themes of peace, hope and positivity in his works, this installation signals his transition to full-time artistry. So if Edsa Ortigas’ skyline is a bit more colorful these days, credit it to the man who decided to go beyond nature in pursuing his artistic dream. -CONTRIBUTED

Get the latest lifestyle news delivered to your inbox

CLEVELAND, Ohio — Beauford Delaney, a major but misunderstood American artist who chronicled the Harlem Renaissance with visionary intensity before moving to Paris in the 1950s to escape racism and homophobia, now has a place in the Cleveland Museum of Art. The museum announced that a major abstract painting by Delaney, “Untitled,” 1958, has joined […]

JobJune 27, 2022, 11:15 p.m. African-American abstract painter Sam Gilliam, who died Saturday at the age of 88 after freeing frames to which colorful canvases are usually attached, announced on Monday that two galleries had collaborated with him. The artist, born in Mississippi in 1933 and the first African-American to represent the United States at […]